You are here: Home / Baby spirits / Walter Makichen ~ A Tribute to a Gifted Man

Have you ever met someone who had a huge impact on your life and changed your path forever? That’s exactly what happened when I worked with Walter Makichen.

Walter was a renowned clairvoyant medium and author of Spirit Babies. He had a gift for working with people who wanted to bring in a baby. I was introduced to him when I was trying to conceive my second child.

With my first daughter I got pregnant right away and I thought for sure that I would get pregnant easily when we were ready for a second child, and I did. But this time I miscarried. After the miscarriage I had a very difficult time getting pregnant. I worked with two reproductive endocrinologists as well as other specialists who help in the realm of fertility. Nothing! No one could figure out why I was not getting pregnant. I was diagnosed with unexplained secondary infertility. The journey through infertility was one of the toughest of my life. It was a foray into an almost unthinkable way of being, a silent epidemic. I felt so alone. I didn’t know who to turn to. It was heart wrenching.

One day the acupuncturist I was working with at the time asked me if I was open to a more alternative way of looking at conception and pregnancy, and I said yes. This is when my life changed forever. I was introduced to Walter Makichen and I began working with him regularly. He was the first person to be able to tell me why I was having such a challenging time getting pregnant. The baby that was with me wasn’t ready to be a part of our world. Even though I didn’t want to hear this, it made so much sense. It explained why I felt the presence of the baby and why I continually felt so much sadness and grief. The baby wanted to be with me, but did not want to be born. It was her sadness and grief that I was feeling. Walter helped me work with my energy body as well as with my future child and it looked like she was ready to come into our world. I got pregnant! All was well. I went in for genetic testing and found out that the baby had a genetic abnormality. I decided to terminate the pregnancy. With Walter’s assistance, I was able to understand that this future child was not sure if she would ever be ready to come in as my child. That was one of the reasons she had a genetic abnormality; she wasn’t sure she wanted to be a part of our culture as it was. Walter mentioned that there was another spirit around me, a much lighter and brighter one. He asked if I wanted to release the first spirit, who might never be ready to come in as my child, and to invite the new one in. I agreed. Within two months of inviting this new spirit in, I was pregnant with my second daughter. I now have two beautiful children, and I have Walter Makichen to thank for this.

I liked the way Walter worked, as it resonated well with me. I continued working with him after the birth of my second daughter. He became my mentor. I learned a tremendous amount about how energy affects fertility and I honed my ability to communicate with the spirits of children who are looking for a family. When Walter passed on, I continued my training at the Academy of Intuition Medicine (AIM) in Sausalito, California. Within three months of Walter’s passing, I found my next mentor, Michael McCartney. He was the graduate class instructor at AIM. He told me that I had all the tools, life experiences and expertise to help others on their path to parenthood. My strong background in research coupled with my intuitive and energetic training led me to create the Energetic Fertility Method™. EFM uses the chakra system as a guide and walks people through possible physical, emotional, mental and spiritual blocks to fertility, and offers simple energy medicine tools and exercises to help free the way so that folks can bring their baby into the world. When I was working with Walter we talked about my future and he told me that chakras would be prominent in my work. How right he was! Every time I work with clients around their chakras, I think of Walter. Walter also said that I had a knack for communicating with spirit babies. Little did I know at the time that this would shape the rest of my life.

With 48.5 million couples worldwide unable to get pregnant in 2010 alone, helping people on their journey to parenthood is my calling. EFM is helpful for all people who want to grow their family and offers valuable tools and information so they can bring themselves into wholeness, for themselves and for their future child.

A big thank you to Walter Makichen for all I learned and for helping me on my path to motherhood. EFM wouldn’t be what it is without my experience working with Walter. What an amazing journey!

Leave a comment below and let me know about your journey to parenthood.

To watch my video tribute to Walter Makichen, click here.

« What is The Energetic Fertility Method™?
3 Heartfelt Self-Healing Tips For Greater Self-Love » 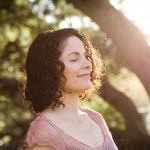 About Nancy Mae If it has to do with shifting or aligning your energy, I … END_OF_DOCUMENT_TOKEN_TO_BE_REPLACED 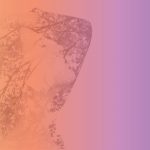 I’ve been practicing energy medicine for over two decades. Many years ago I was stuck and in pain until I decided to try something new. I chose an alternative healing therapy and not only was I healed from the pain, but my life was transformed. Read More…